Cross country makes use of the wonderful surrounding countryside to introduce new runners to the sport as well as catering for serious athletes who seek to compete at county or national level.

In the Michaelmas term, the whole school takes part in the annual steeplechase event which allows all boys and girls to compete for their house. Two local clubs (Bodyworks XTC and Eastbourne Rovers) are close to the College and pupils are encouraged to join so that they can access coaching and support for some highly specialised events. Particular successes have included individual as well as team wins at the Sussex cross county championships and the English Schools national finals.

Inter boys won a bronze medal at the Sussex championships (2017)

Having joined the National Schools Equestrian Association (NSEA) in April 2013, the equestrian team has gone from strength to strength and now competes at the very highest level, achieving remarkable and unparalleled success. We are now one of the most successful school teams in the country.

Whether pupils are looking to take their first foray into riding in the beginners’ riding group or develop their specialist skills and train for the British team, we  have the expertise available.

The equestrian team trains locally at Starnash Farm under the guidance of their coach, ex- international showjumper and British Show Jumping Coach of the Year runner-up Judi Piper-Dadswell. The riders receive expert tuition, training and clinics to prepare themselves and their horses for regular competitions including qualifiers, the national finals, the Royal Windsor Horse Show and the world-renowned Hickstead. Judi works closely with the British Show Jumping Association as the Sussex junior co-ordinator and lead coach, and the partnership between the College and Judi provides the highest standard of coaching for riders, whether beginner or advanced.

Membership of the equestrian team enables pupils to attend inter-school competitions in cross-country, dressage and show jumping disciplines, with the added advantage that the riding is built into the College sports programme to allow riders to play for teams in the core College sports too.

The College fencing club has a core of keen, regular fencers with a good mix of boys and girls. Beginners from all age groups join regularly. All groups fence foil.

Matches are arranged throughout the academic year against other schools. Some fencers have competed at the annual public schools championships. 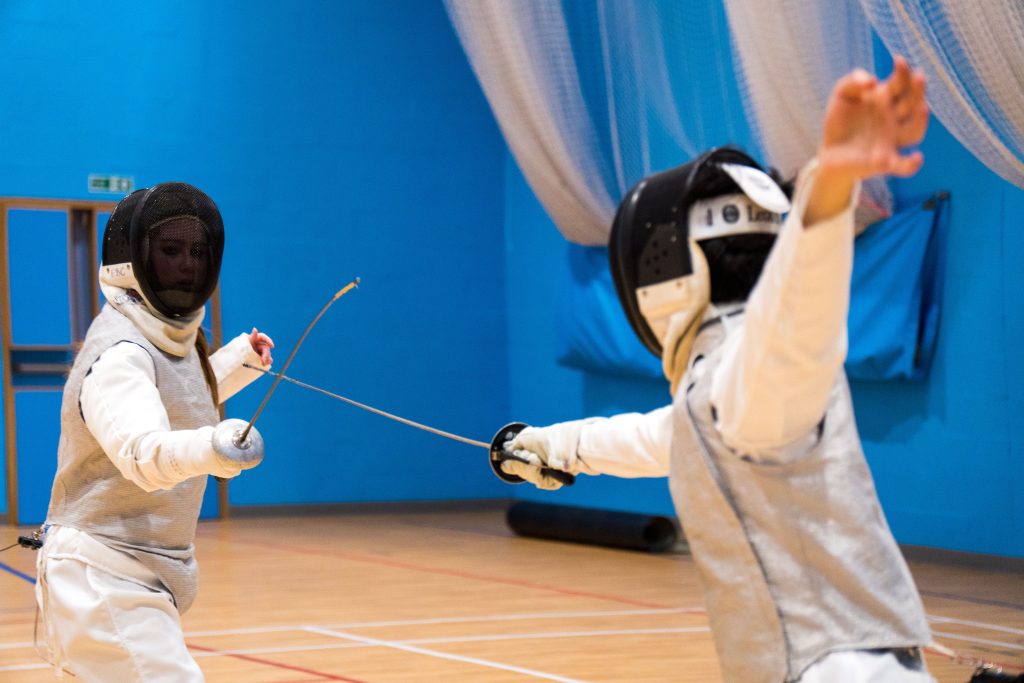 Football is a popular sport at the College. The main fixture card is in the Lent term for the five senior teams. There is a recreational side which plays in the Michaelmas term, and a junior activity which runs throughout the year. Those wishing to pursue football join more local clubs.

Golf is available for all, from complete beginners to those with a low handicap. There is a good relationship with the Royal Eastbourne Golf Club where players can benefit from playing on Eastbourne’s premier course. Membership to the club can be arranged for pupils at a reduced termly or annual rate, and instruction is available from the team of professional coaches at the club.

The main fixtures take place in the summer team with some knockout competitions running throughout the year. Players can enjoy playing in or outside the games programme as well as on Sundays. We are fortunate to have a strong tradition in golf and are invited annually to play in the very competitive West Sussex GC foursomes and the Smarden Bell at Royal Ashdown GC.

After leaving the College, golfers can become part of the Old Eastbournian Golf Club and play on some of the finest courses in the UK including the prestigious Royal Cinque Ports Golf Club and the Royal St George’s Golf Club where they play in the Halford Hewitt. The club is fortunate to boast of a number of scratch and low-handicap players including ex-professionals.

Toby, Will and George won the area round for the ISGA Competition and finished 11th in the national finals (2019) 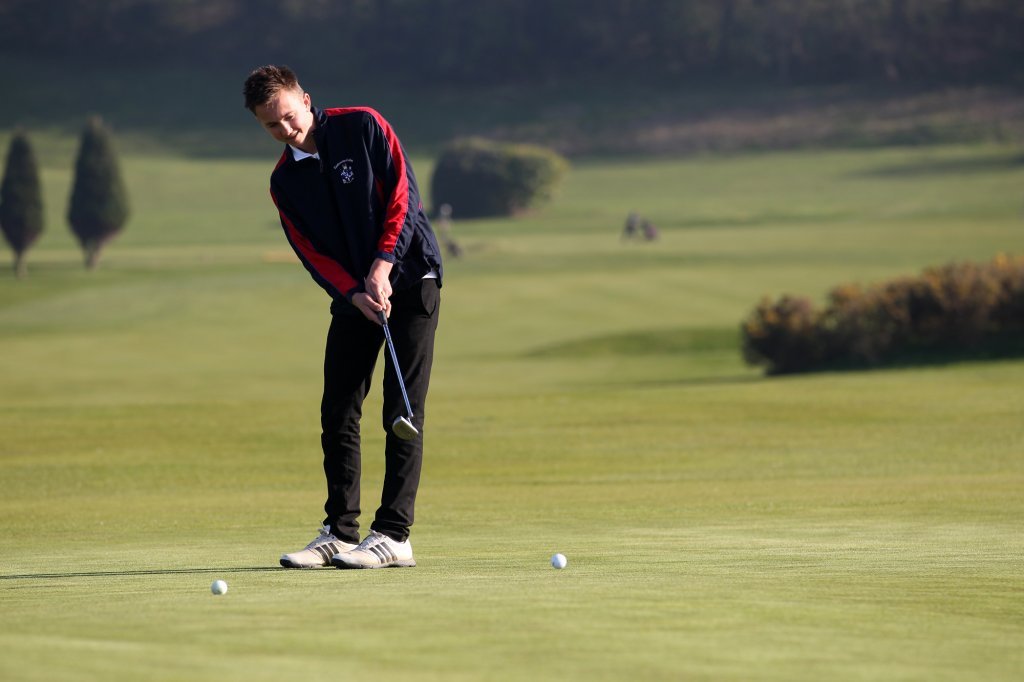 Eastbourne College boat club is situated on the Pevensey levels on a stretch of water wide enough to race two fours, side by side, for one kilometre. We also row in pairs and sculls, and, in the summer term, race at regattas on the Thames (including Barnes, Chiswick, Hammersmith, Mortlake, Thames Ditton, Walton and Weybridge regattas).

Rowing is a three-term sport. It is offered primarily to pupils in Year 11 and the sixth form. 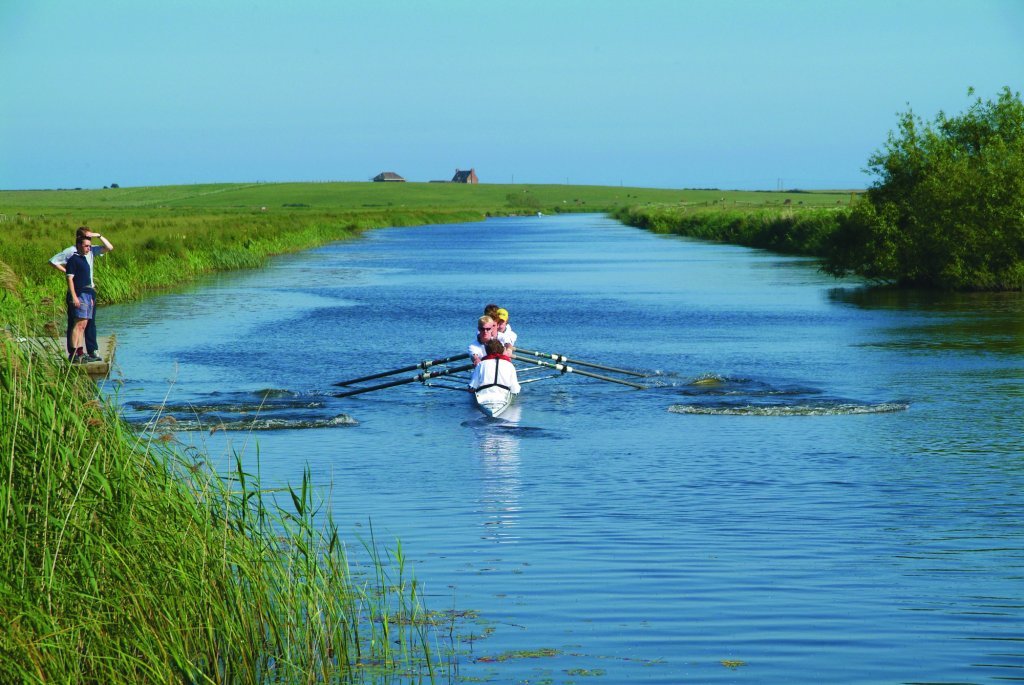 Rugby fives is played by both boys and girls. Pupils take part in schools competitions. Inter-house leagues and tournaments for boys and girls take place too.

There is a thriving OE network of fives players. Tessa Mills is currently ranked number two in the national ladies rankings, Marcus Bate is ranked in the country’s top 50, and has won several national doubles titles. Andy Pringle is a governor of the Rugby Fives Association.

Located only a few hundred metres from the sea, the College is ideally situated for pupils who love the water. Sailing and windsurfing is a popular activity during the summer term when pupils are taught single-handed sailing, and some have the opportunity to windsurf. Sailing is also on offer during the Michaelmas term. Fixtures take place against local schools on some Saturday afternoons in the summer. Home events take advantage of the excellent facilities at Buzz Active Watersports on the seafront. 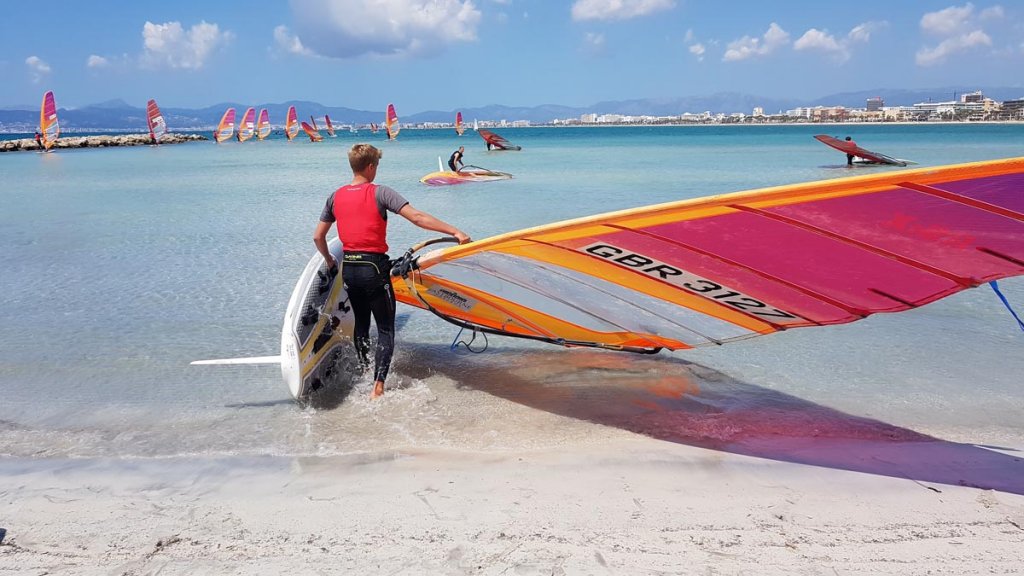 Squash is a popular sport at the College and is open to all age groups.  It is for an integral part of the new sports centre where there are two modern squash courts with viewing areas.

The senior boys fixtures take place in the Michaelmas term; the senior girls fixtures in the Lent term.

The College swimmers and squad are fortunate to benefit from a brand new, state-of-the-art six-lane pool. The pool boasts touch-pad timing and a big screen for competitions and training, as well as seating for 100 spectators.

Swimming is available to all year groups throughout the school year. It is enjoyed as an activity in Years 9 and 10, or as a games option for pupils in Year 11 or the sixth form. The swim squad train in the mornings and evenings during the week. The swimmers are coached by Claire Bryant, a highly respected national swimmer and waterpolo player with a Level 2 coaching qualification and  Matt Allchorn, a GB lifeguard coach.

The swim team are hugely successful in not only engendering a love of swimming in pupils, a true life-skill, but also in the success that they achieve at a very high level. For elite swimmers, a tailor-made programme is developed with links to training and competitions through the long-established and very successful Eastbourne Swim Club. 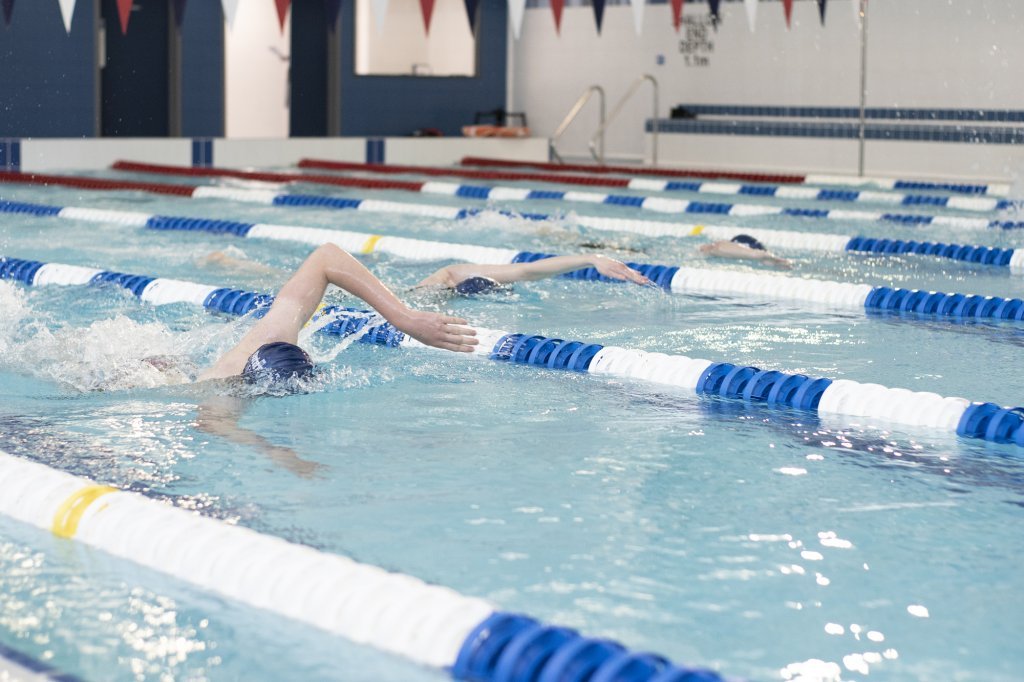