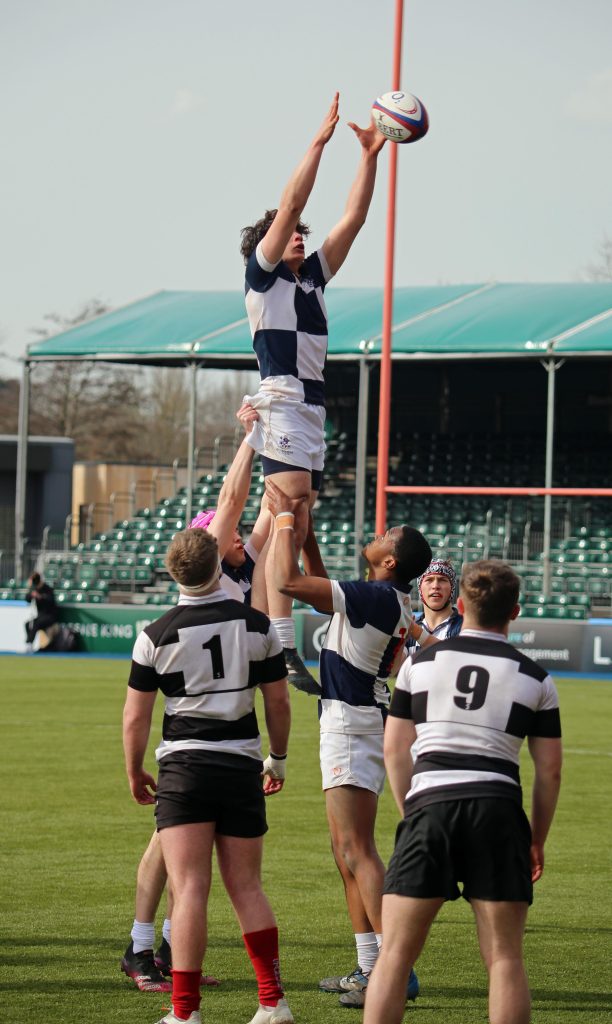 Rugby is the core boys sport of the Michaelmas term, with 13 teams (ranging from the U14Cs to the 1st XV) playing a very strong rugby fixture card throughout the South East. All boys are given the chance to represent the College. There is an open choice for rugby in the sixth form, and, typically 80 or more boys opt for rugby.

From Year 11 and beyond for those who wish to make rugby their sport of choice, provision is extended into the Lent term where we play fifteen, ten and seven a side versions of the game. We also support those who wish to play rugby at the highest level through a year round performance programme that supports aspirational rugby players on their journey. Players who aspire to reach the very top of their potential have gone on to represent sides at full international, premiership, championship, schoolboy international, schoolboy premiership, schoolboy divisional and county level.

We support the whole range of the ability spectrum.

We are fortunate to have a team of highly skilled and experienced rugby coaches at the College, all of whom have RFU coaching qualifications ranging from levels 1 to 4.

Will Longden – Schoolmaster and Rugby Coach. Level two and works within the Harlequins DPP programme.

Alongside coaching, our player welfare programme is of the highest priority. We have physio provision twice a week during the season (and weekly in Lent and summer terms) and at home grounds every Saturday. We also have two paramedics, a rapid-response vehicle and staff who help deliver support to all our pitches. We also connect the physio to our Medical Centre and our Head of Athletic Development, in our state of the art gym, for any rehabilitation required from injury as well as delivering necessary athletic programmes for specific rugby development. We have a Mind Gym run by our Performance Coach available with external sports psychology support.

Two players have been selected for England Counties U18