The boarding community had a fantastic weekend commencing with our inaugural  black-tie boarders’ ball. Boarders made a huge effort to dress up and enjoyed pre-drinks and a three course meal in great spirits. This was followed by entertainment by ‘The Big Kahuna’, our superb live band fronted by Old Eastbournian Alex Brown who got everyone dancing to some lively tunes, mixing modern and classics. The dance floor was packed the whole evening as year groups and houses mixed seamlessly, having lots of fun together.  No one wanted the evening to end and the feedback the next day was unanimously positive with the pupils already looking forward to next year’s ball.

The following day Gonville went to Brighton for some beach volleyball, a group of 85 boarders saw the new Avengers film, The Endgame, at an exclusive showing at The Curzon and School House had their first highly competitive rounders match of the summer term.

It was a great, fun-packed weekend to kick start the summer term. 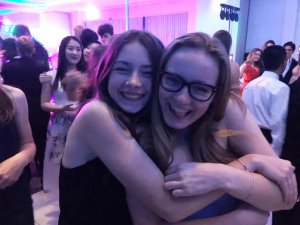 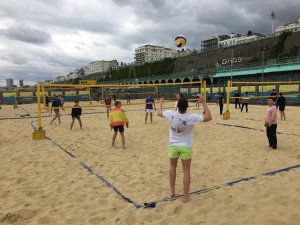 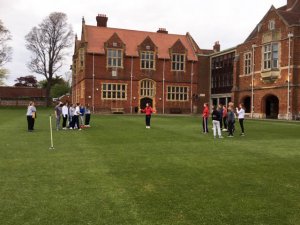