The Design and Technology Department has an outstanding reputation both regionally and nationally. In addition to academic lessons, there are a wide range of opportunities for all pupils. The department encourages pupils to participate in a variety of competitions and, in recent years, significant successes have been achieved in many different disciplines.

Young Craftsman of the Year 2018

The College regularly wins a number of prestigious awards at the South of England Show. Pupils enjoyed success at the 2018 show, with awards received by:

From this show, pupils received expressions of interest from individuals wishing to purchase competition entries and from companies interested in working with them.

Rebe Casselden and Ella Howlett won the Bloor Homes 2014 ‘Home for Design’ competition. Bloor Homes commented that the girls’ entry was an extremely well thought-out design. The home they designed has been built by Bloor Homes.

It is a four-bedroom, four-bathroom property with an open-plan living space acting as the centre of the house. The house features a supporting structure built around the central staircase and an innovative underground heating system. Commenting on the winners, Richard O’Brien, Group Design Director at Bloor Homes, said: We’re absolutely delighted with this year’s competition. We received entries from across England and it was a difficult decision to cut them down to the final five, let alone select a winner.

The pupils have worked with Bloor Homes on the step-by-step process of building a house, from planning applications to handing the keys over to the owner.

The College also offers Arts Awards to give pupils an exciting new creative qualification. Sixth formers can follow a creative path in a number of different directions and whichever route they choose to follow, be it via art, dance, design, drama, music, photography or textiles, they are supported by an adviser and creative mentor. 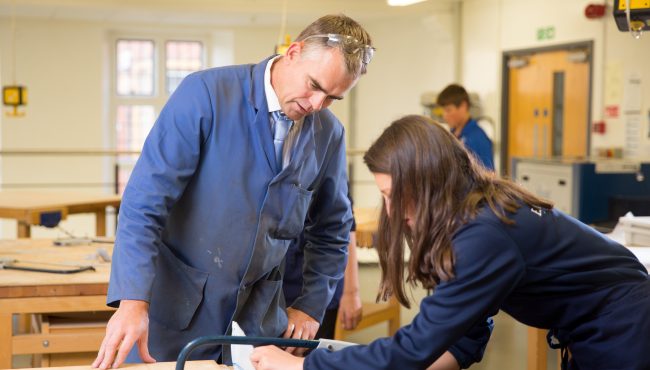