Yesterday, the U14a had a great experience playing the ‘Holdsworth’ Cup at the Sussex County Cricket Ground in Hove. Winning with their best performance of the summer term will have created some lifelong memories. 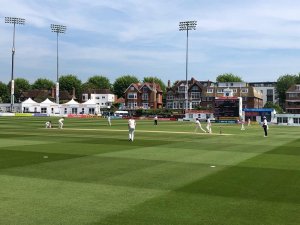 The College’s opponent, Bede’s, won the toss and elected to bowl first. The team bowled and fielded well, restricting the scoring opportunities for our batsmen. Will Pollington showed great patience and determination to build a solid foundation, scoring 51 before being stumped as he tried to accelerate the scoring.

Ben Van Noort joined Freddie Ferro at the crease and added superb impetus to the innings, alongside Hugh Middleton. Ben hit some great shots including a 6 over mid-wicket, scoring 31 off 20 balls which swayed the momentum of the game in our favour.

The boys finished 136-3 from their 20 overs, knowing they would need to bowl and field well to restrict a talented Bede’s side.

Connor Gorman and Monty Dahms opened with fast and accurate bowling putting pressure on the Bede’s batsmen. A superb one handed pick-up and throw from Josh Ansell led to a run out in the first over. Bede’s then built a strong partnership which was broken by a very sharp stumping from Freddie Ferro off the bowling of Hugh Middleton. Excellent fielding throughout had restricted Bede’s scoring and the required run rate was pushed up by the restrictive field settings. This scoreboard pressure resulted in a number of run-outs, perhaps the best being a direct hit by Toby Bright with only one stump to aim at.

Pollington, Dahms, Van Noort and James all bowled to their field and took wickets. In the end, Fabian Dahms took the 10th wicket in the 20th over to win the game for Eastbourne by 47 runs.

Both teams played well on the day, inspired by the very picturesque surroundings. A big thank you to the umpires for officiating, to Sussex Cricket for hosting the final and to Nick Creed for organising the Holdsworth cup competition. 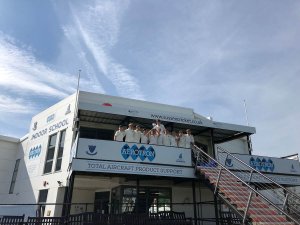 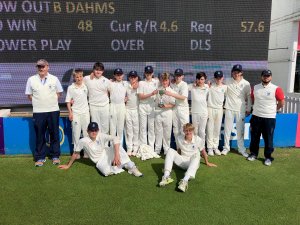