The Eastbourne College Duke of Edinburgh (D of E) Award programme is bigger and more successful than ever. With an outstanding reputation for co-curricular provision, the College has delivered the highest number of gold awards in the county for 2018-19.

The D of E Award scheme has been an integral part of the school fabric since its inception in 1956. Many pupils today see the Gold Award as an essential bolt-on to their A-level studies. D of E awards are available in over 144 nations, couched in tried and tested educational psychology, and around one third of employers value the ‘soft skills’ that are conveyed as more important than academic achievements. Each year, Gold Award-holders from the south east attend an official presentation at St James’s Palace and Buckingham Palace, London.

In the south east region, 98,265 young people are doing their D of E programme. Only a handful of these achieve the coveted Gold Award; typically less than ten per cent.

By contrast, in 2018-19, of the 22 College pupils that started their gold D of E journey, 15 were successful (that’s 68 per cent), with a further 11 achieving silver. This is the highest number of completed gold awards in the county.

Half Term D of E expeditions

Over the recent half term break, 35 pupils attempting their Silver Award and 15 pupils aiming for their Gold Award returned from their respective expeditions having passed the test.

Despite the cold weather, there was not a ‘snowflake’ in sight this half term as a group of 15 pupils travelled to the very cold and wet Brecon Beacons to complete a four-day gold assessment expedition. They covered 50 miles while being completely self sufficient with food and navigation within the stunning national park. The weather was typically challenging with wind chill well below zero degrees on the summits. They finished their last day on the summit of Pen y Fan, the highest mountain in South Wales. One of the mountain leaders who accompanied the gold group stated,

One of the best Gold groups yet! They took it seriously and performed well. A credit to the College.

Click on the following images to view them in full size. 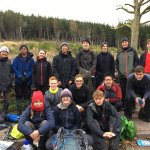 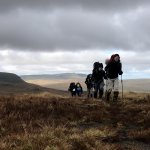 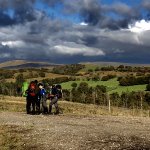 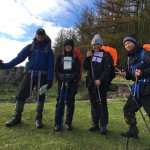 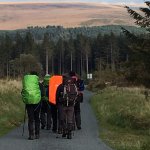 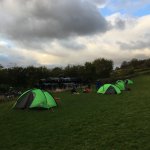 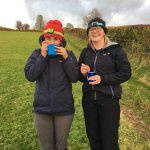 An Eastbourne College parent was very appreciative of the efforts of the supervising teaching staff, led by the College’s Duke of Edinburgh Award Centre Manager and Everest mountaineer, Dan Tebay:

A huge thank you to you both (and others involved) for driving our son and the others back and forth to Wales and looking out for them these past few days while they’ve been completing their expedition. He has come back absolutely on a high saying it was one of the best things he’s done. His favourite day was today when he was on top of Pen y Fan looking at the mists twirling around in the valleys below - made him feel “so alive!” I think he’s well and truly got the bug now! How fantastic is that... 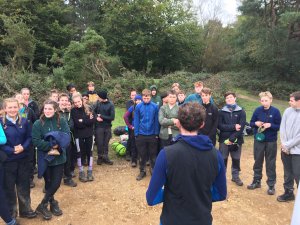 Thirty five silver expeditionists spent three days in the New Forest learning to camp, navigate and be self-sufficient in cold, wet conditions. They all performed admirably and were praised for their personal equipment preparation by the supervising mountain leaders.