Guard of honour for Mr Beer 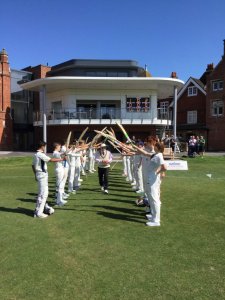 David Beer received a guard of honour from the U15B and MCC Foundation teams in his final home fixture at Eastbourne College. Retiring later this month, Mr Beer has coached teams for 90 consecutive terms. He has taken 30 rugby teams, 30 cricket teams and a mixture of girls rugby and football in the Lent term. No unbeaten teams, yet although his U15Bs  have had a superb season to date and have just two fixtures left. What a deserved send-off that would be.