Investigating the world of the very small at CERN

Upper Sixth physicists recently travelled to Geneva to explore the biggest of particle accelerators, the Large Hadron Collider (LHC) at CERN (European Organisation for Nuclear Research). After a lecture pondering the quantum world and the discovery of the Higgs boson particle, pupils visited the interactive Microcosm and Globe exhibits. The Globe exhibit is a 27 metre high, 40 metre diameter symbol of Earth, the ground floor of which is given to the Universe of Particles exhibition. This exhibition enhanced the pupils’ understanding of the conditions within the universe just fractions of a second after the Big Bang and how such high energies could be achieved at the LHC. They then toured the facility, taking in areas such as the control rooms and engineering hubs before heading back to Eastbourne College to apply their knowledge.

Established in 1954, CERN’s mission is to uncover what the universe is made of and how it works. In pursuing this undertaking, CERN embraces and furthers the areas of education, diversity and bringing nations together through enhancing the pool of human knowledge and sharing that knowledge with organisations that might apply it to improve everyday life. Benefits include enhancements in medical technologies, aerospace applications, safety, industry, cultural heritage and emerging technologies.

The trip, which the College endorses every year, is seen as an essential opportunity to expand the horizons of the mind, opening new chapters in the journey of discovery, and act as a forum for inspiration. 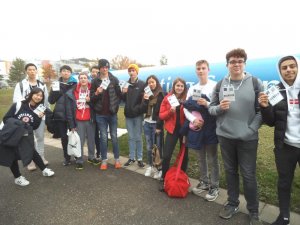 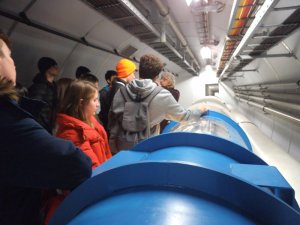