One of the Eastbournian Society’s series of career and business networking evenings was held on Tuesday 26 February and focused on the legal profession.

Hosted by barrister Richard Liddell (Reeves 1989-94) in his chambers in New Square, Lincoln’s Inn, the event was an opportunity for current pupils, Old Eastbournians, parents and College staff to meet and discuss career prospects and opportunities.

Richard spoke to the attendees, explaining how he had got into the legal profession, and gave an overview of the work in his practice, which covers four main areas: commercial disputes (including international arbitration), professional negligence claims, construction claims and sports law.

Tom Shepherd (Powell 1996-2001) also spoke about his career in commercial litigation, including civil fraud and insolvency and financial services.

We are grateful to all the OEs who came along to share their advice and experience with College pupils. 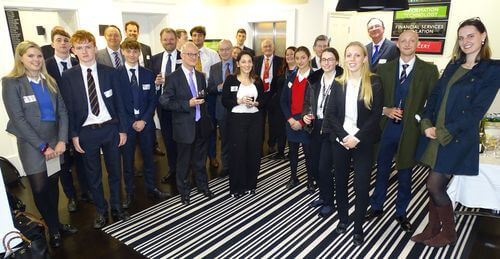