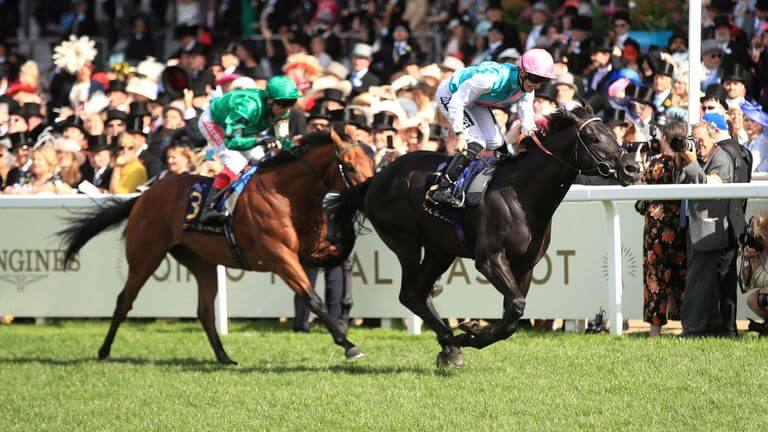 Harry Bentley (Wargrave 2005-08) caused an upset at Ascot by winning the Britannia Handicap over the weekend, riding Biometric, the 28-1 outsider.

In doing so he beat Frankie Dettori, who was aiming for his fifth win of the day, on Turgenev, the 7-2 favourite.

Two furlongs from home Turgenev was two lengths clear, but Biometric made a sustained run from the back to take the winning position.

The website attheraces.com reported Harry saying: ‘I’ve been riding here a long time and have had quite a few rides here over the years, so it’s so good to get on the board. It’s so tough. Any meeting at Ascot – not only the Royal meeting – it’s incredibly hard to ride winners here, just because of the competitiveness of the races. It’s so special – a day I won’t forget. I know I’ve upset a few people there, so I’m probably not the most popular winner of the day!’

The OE connections don’t end there as Dettori’s horse Turgenev is trained by John Gosden OBE (Gonville 1965-69), one of the most successful trainers of his generation, having had over 3,000 winners worldwide.