Back in the summer term, College Sixth Form pupil Oliver managed to secure a prestigious work experience placement at Williams Formula One (F1) team headquarters in Oxfordshire, which he undertook over the last half term holidays. With Formula One racing being perceived as rather elitist and a bit inaccessible, it was superb that Oliver was invited to take part in their work experience programme. As well as  developing his skills and learning a huge amount over the week, Oliver enjoyed a tour of the site, met with founder and Team Principle Sir Frank Williams, and was also lucky enough to enjoy a personal tour of Frank’s private collection of F1 cars.

This was on the icing on the cake for Oliver as he has had a busy few months. Earlier in the year, Oliver competed in a British qualifying round of FPV Drone racing hosted by the Eynsford Model Helicopter Club in Kent, where he achieved third position in his final group. On top of this achievement, Oliver was awarded a Fleet Air Arm Officers Association gliding scholarship, which allowed him to train at RNAS Culdrose in Cornwall over the summer. 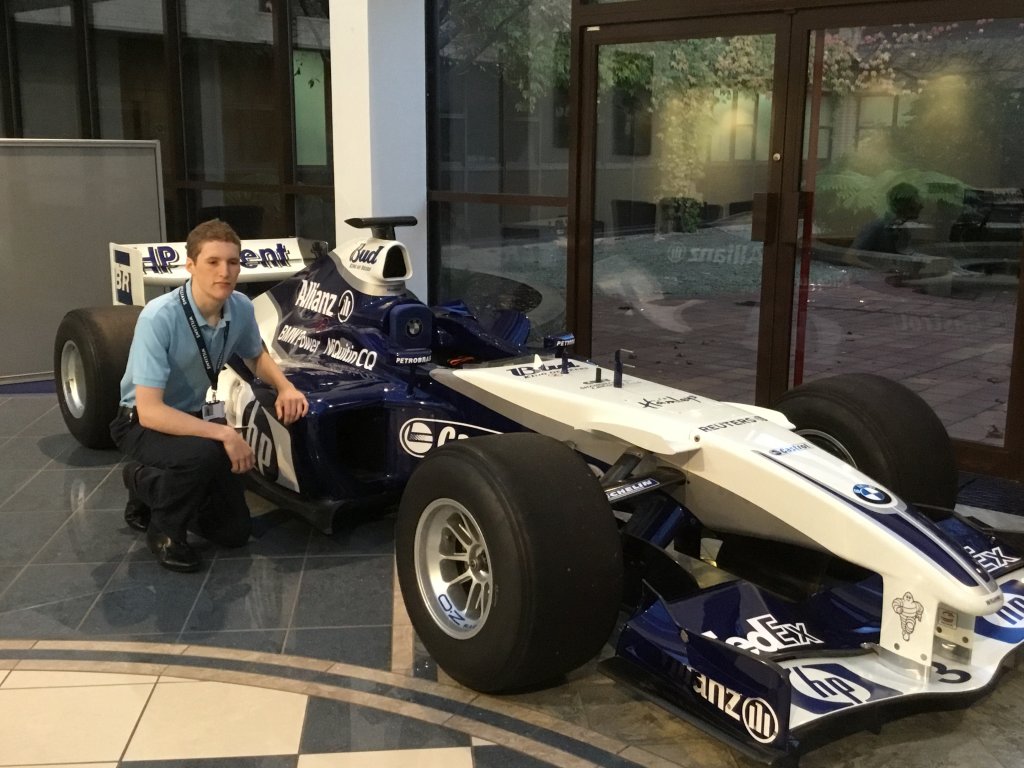