The Songwriting Concert at the Birley Centre last Friday was a huge success. The songwriters had been working hard during the year in their weekly workshops, which culminated in the launch of the new Eastbourne College Songwriting Workshop album. This was the final concert at the College for some pupils that started in Year 9 and are now leaving.  One of those leaving, Adam Howard, feels that he has gained a huge amount from the workshops and has loved every minute. The songwriting workshops are a great opportunity for pupils to develop their music skills backed by the College’s expert musicians and technicians. 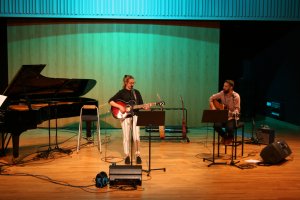 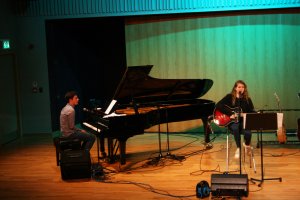