The Sixth Form has been busy with a Hamlet themed week.  Despite chilly conditions, Lower Sixth pupils took a keen interest in the Globe’s production of Hamlet, which marked the opening of the theatre’s new season. The style of the production provoked plenty of discussion on the bus home too.

Later in the week, the department welcomed Simon Bubb who gave the Upper Sixth a workshop and shared his expertise about Hamlet. Simon has performed on some of the UK’s most prestigious stages, including the Donmar,  the Globe, the National and the RSC in Stratford. It was a privilege to welcome him to the College for the third year running – his insight into Shakespeare’s use of language and rhythm was invaluable. 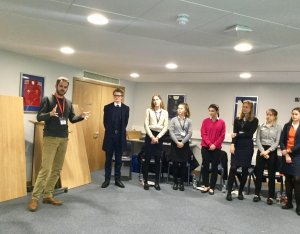 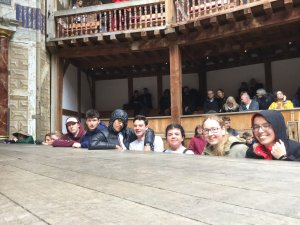