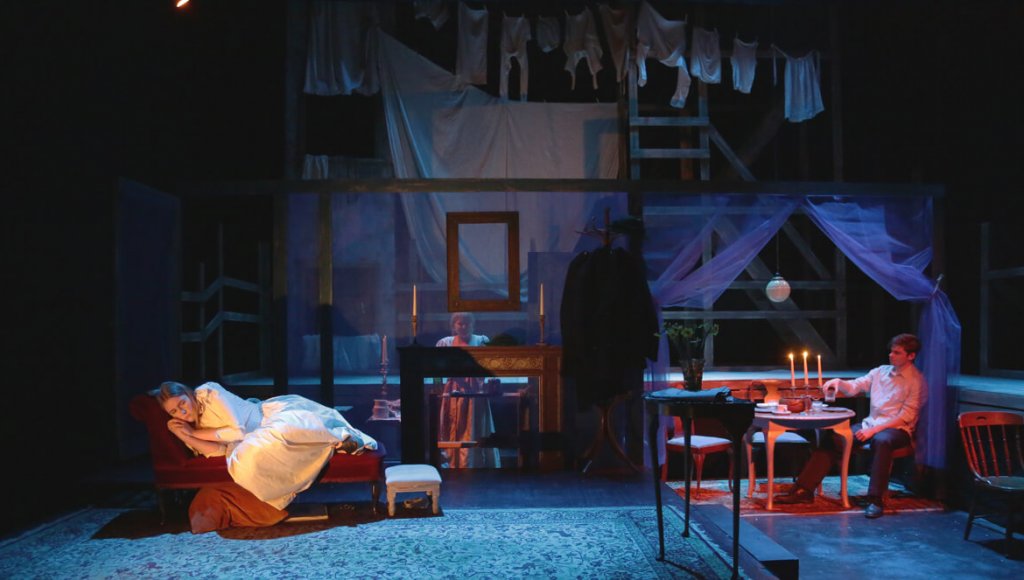 Sixth Form pupils presented one of their A-level set texts, The Glass Menagerie. College Theatre gathered pupils, staff, friends and members of the public to see a brilliant production. The cast of four delivered some powerful performances in this evocative and deeply personal play from one of the 20th Century’s classic authors, Tennessee Williams. Set in the 1930s, the play was staged as written, with an impressive set designed and built by Phil Poole. The lighting was designed by Paul Turner, with importance placed on the projections which displayed the characters’ inner thoughts and dreams. 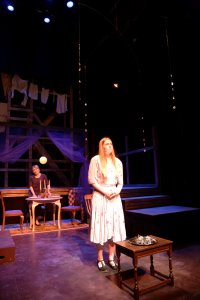 The standard of acting was excellent, and the cast was impeccable in following the script andthe choices that Tennessee Williams decided on when writing as this was a set text. The pupils had their mock exams last week based on extracts of this text, and performing it allowed them to study the play on a different level.

Many congratulations to Charlie Purbrook, who played Tom, and has just been accepted to Chichester University on the Acting BA course. Roman Salnikov, who played Jim, learned the script in English, his second language, in five days due to a last minute change in the cast. He also co-directed the play alongside Mrs Sinnett. Roman is to be highly commended for being so adaptable and fast-learning.  Imogen Smith gave a stellar performance as Amanda Wingfield, the role of an overpowering mother playing beyond her years with focus and Megan Meeks successfully performed the delicate Character Laura who reflects Tennessee Williams’ own sister Rose.