The Simon Green Cup is awarded for endeavour in games though consistent commitment, effort and perseverance over the last term. The Lent term 2019 Simon Green Cup award was given to Lauren Bennett and Theo Bevacqua. This was presented at the Headmaster’s Assembly on the final Friday of the term.

Lauren Bennett has shown leadership, commitment, perseverance, professionalism and of course endeavour in her role as captain of the 1st team netball. She has committed to the extra training sessions outside of team training and has managed her team to create a very positive training environment. This has resulted in one of the most successful 1st team seasons in Eastbourne’s history of netball. She never complains, she never judges and she never gives up in the pursuit of excellence. She is never happy with second place but honourable in defeat, she is and has been an inspiration to her peers and younger netballers. This was none more so the case when she travelled away with the U14A team one Saturday, when she and the 1st team did not have a match, to umpire, coach, and inspire the U14A to a great performance and positive result. She has also helped deliver a full days coaching course to prep school aged girls in the school holidays and been selected to play for the champions of the Eastbourne Netball League. Lauren is exactly what the spirit of this award is all about.

Theo Bevacqua’s ability to play rugby is not the reason he receives this award. His abilities have been described and acknowledged many times and rewarded with a full international U18 cap for Wales recently, but it is his whole approach which embodies this award as well as the ethos of College rugby. With lots of travelling to sessions, whether it be weekly at Harlequins in Guildford or to Cardiff or Edinburgh for international training or games, Theo takes it in his stride and keeps up with his work, meeting deadlines and never complains. He understands the value of trusting those around him but also helping others see what he sees by leading by example. His character shines through exhibiting top class thoughts, habits and priorities. He has outstanding self-discipline; doing what he is supposed to do, when he is supposed to be doing it and in the way that it is supposed to be done. He is ambitious; always striving for the next challenge and never giving up because a task might be too difficult. Those who are often successful at any level, but particularly the top level, are the ones who carry with them outstanding values, this is what sets Theo apart. For those who know him well his endeavour is clear for all to see and a very worth joint recipient of the award this term. 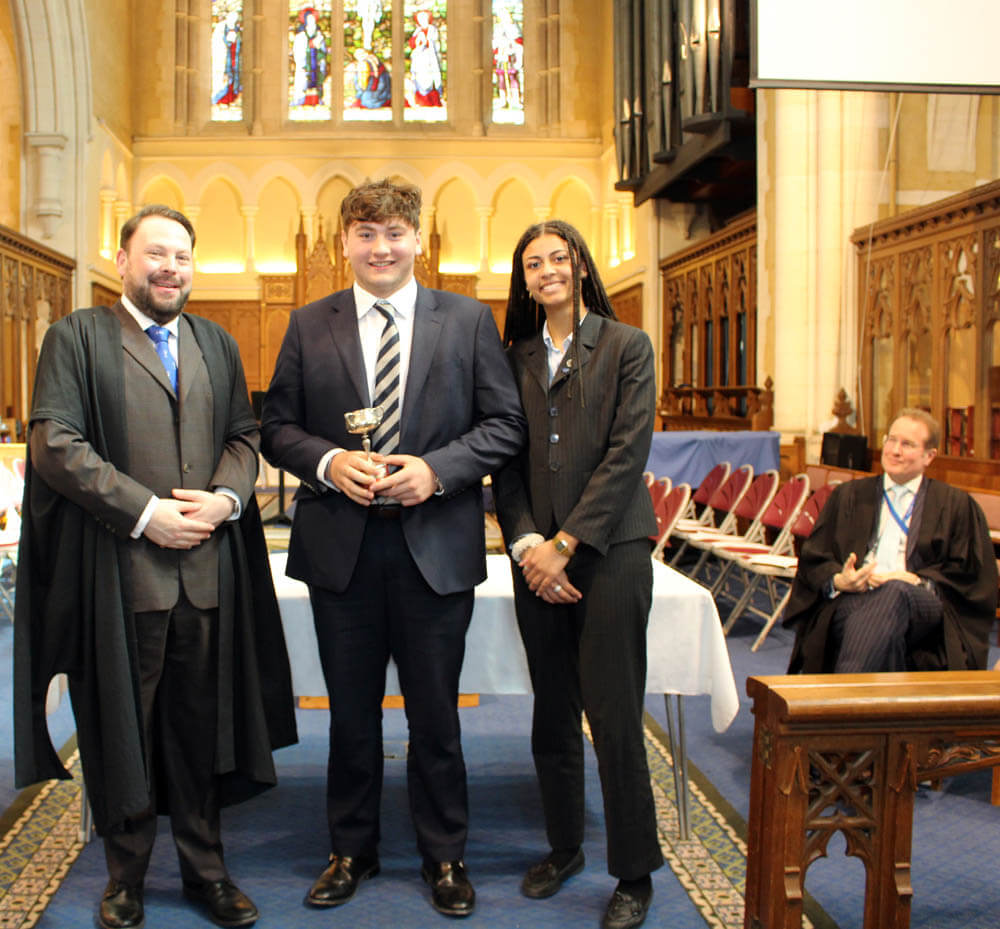