To mark International Women’s Day, there has been a series of initiatives in the College today where pupils and staff have all taken part.

Lessons have been especially focused on notable women this week. Women are in the forefront in Mr Wood’s Philosophy lessons. As part of International Women’s Day, pupils have been learning more about Simone de Beauvoir, Hypatia of Alexandria, Mary Wollstonecraft, and other prominent women in Philosophy. Pupils have also been discussing gender parity and looking at ways in which they can, as individuals, pledge to make their environment more equitable for people of all genders. They made personal pledges of how they intend to ‘press for progress’ in order to achieve this end and to help make their school inclusive for all, mirroring the College’s key values of participation, the pursuit of excellence, courtesy, integrity and kindness. 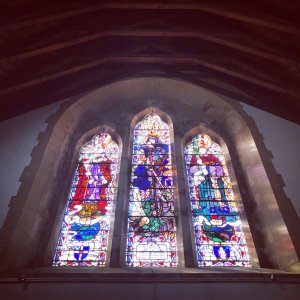 The Art department has launched a series of projects to learn more about  the woman behind our Chapel’s stained glass windows. Mary Lowndes was a leading light in the suffrage movement (Chair of the Artists’ Suffrage League 1907-18) where she designed many of the banners used in public demonstrations and marches. She was also a business woman, the co-founder of Lowndes and Drury who were commissioned to create eight of our stained glass windows in chapel, five of which are signed by Lowndes. Pupils will be involved through activities, trips and workshops over the next two terms to learn more about this fascinating woman.

Female pupils and staff have gathered together on College Field in glorious sunshine this morning to perform a short yoga sun salutation sequence as a show of strength and solidarity for International Women’s Day.

The Arnold girls also got behind the initiative by encouraging people to wear purple on their hands to show support of women and by decorating the dining hall with purple balloons full of motivational words and stats about notable women in History.

The Headmaster addressed a letter to parents this morning challenging the notion that single-sex schools are good for girls (and boys). Read the Headmaster’s letter here. 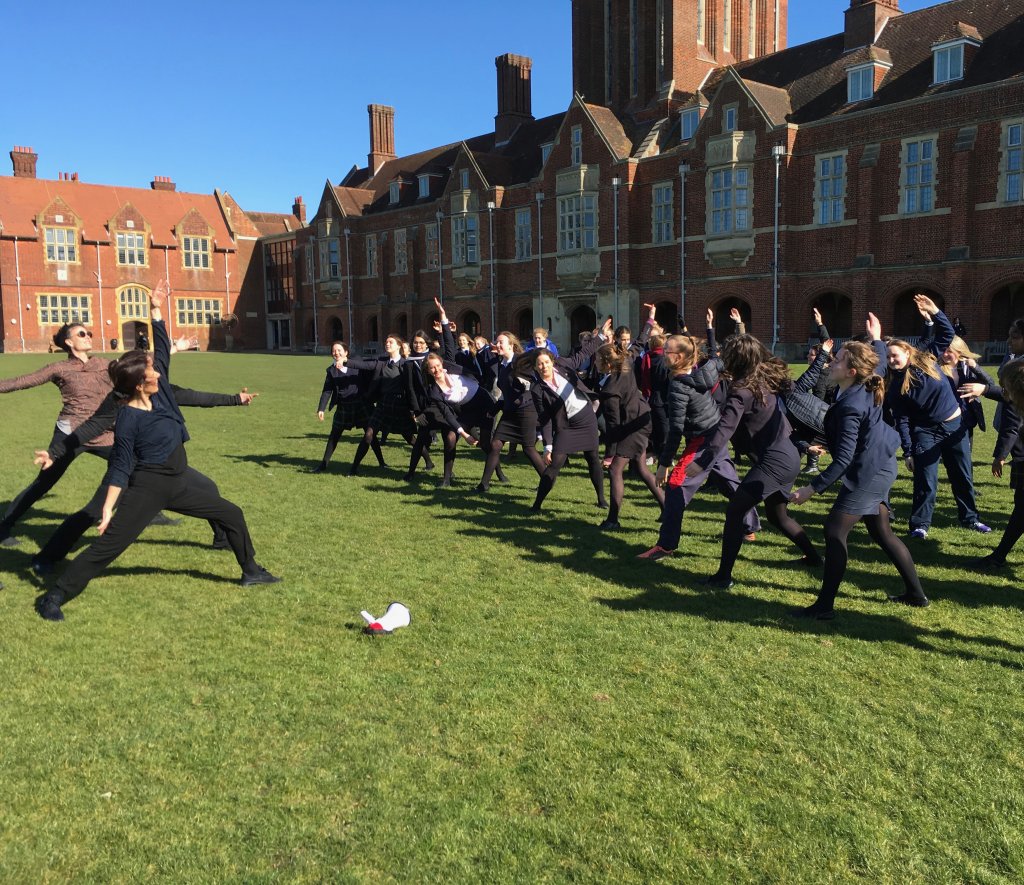