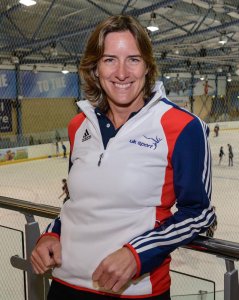 We are very excited to announce that Dame Katherine Grainger will be opening Project 150 this summer. Her visit will be inspirational for the whole school community on many levels.

Dame Katherine Grainger captured the hearts of the British public during the London 2012 Olympics when she won a convincing gold in the double, partnered by Anna Watkins. The pairing had previously broken the Olympic record during the semi-final heats with a time of 06:44.330, one that has stood ever since.

They say that success breeds success and Grainger’s background reveals a penchant for a wholehearted approach to life and education. With five Olympic medals, Dame Katherine is Great Britain’s most decorated female Olympian. She is a 2012 Summer Olympics gold medallist, four-time Olympic silver medallist and six-time World Champion. Since 2015 she has been chancellor of Oxford Brookes University. Grainger holds a Bachelor of Laws (LLB) from the University of Edinburgh, a Master of Philosophy (MPhil) in Medical Law and Medical Ethics from the University of Glasgow, and a Doctor of Philosophy in law from King’s College London.

Headmaster of Eastbourne College, Tom Lawson, is eager to tour Dame Katherine around the new facilities, the Winn and Nugee buildings, which include 32 hi-spec classrooms, a Sport England compliant multi-sport sports hall, a six-lane Olympic standard 25m swimming pool, dining hall, fitness suite (with rowing ergos), wi-fi café, squash courts and exhibition / function spaces. During her visit she will give a talk and the pupils will have the opportunity to ask her questions about her career and ongoing endeavours.

‘We are delighted to welcome Dame Katherine to our happy corner of the sunshine coast to officially open our world-class Project 150 facilities. She is the perfect example for our pupils to look to for inspiration and, of equal importance, a paragon for our female pupils as we celebrate 50 years of educating girls at the College. Dame Katherine embodies everything we hold dear, a good person who believes in striving for success and pursuing excellence in everything she does.’