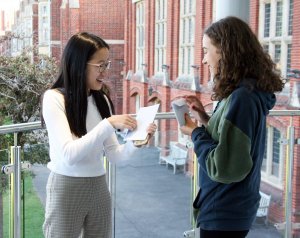 Seventy pupils achieved five or more 9 to 7 grades, the equivalent of at least half of their grades being awarded A* or A under the old system.

Art, Greek, History, Latin, Modern Foreign Languages (French, German, Spanish), Music and Physical Education all performed strongly, the most common grade in these subjects being a 9, 8 or 7.

Seventeen pupils achieved eight or more 9, 8 or A* grades, with leading performers: Tianlu Wang gaining eleven 9, one 8 and an A* in Chinese, Tom Meek gaining nine 9 and two 8, Rebekah Agunede awarded eight 9 and two 8, and Oliver van Noort achieving seven 9 and four 8.

Other outstanding performances came from Louis Loubser, Arnold Shum and Natasha Symes who all achieved seven or more GCSEs at grade 9, and Ben Scanlan who was awarded ten 9 to 8 grades and two 7.

The College also saw a rise in elite performers this year with 35 pupils (roughly 30 per cent of the year group) achieving eight or more 9 to 7 grades.

Headmaster Tom Lawson was delighted with the upturn in results after a solid set of results in previous years,

‘I am delighted by the performance of our pupils at GCSE this year, with our best ever results in the reformed exams. The large number of outstanding grades, as well as strong value added for pupils across the ability range, is a testament to the hard work of teachers and pupils.’ 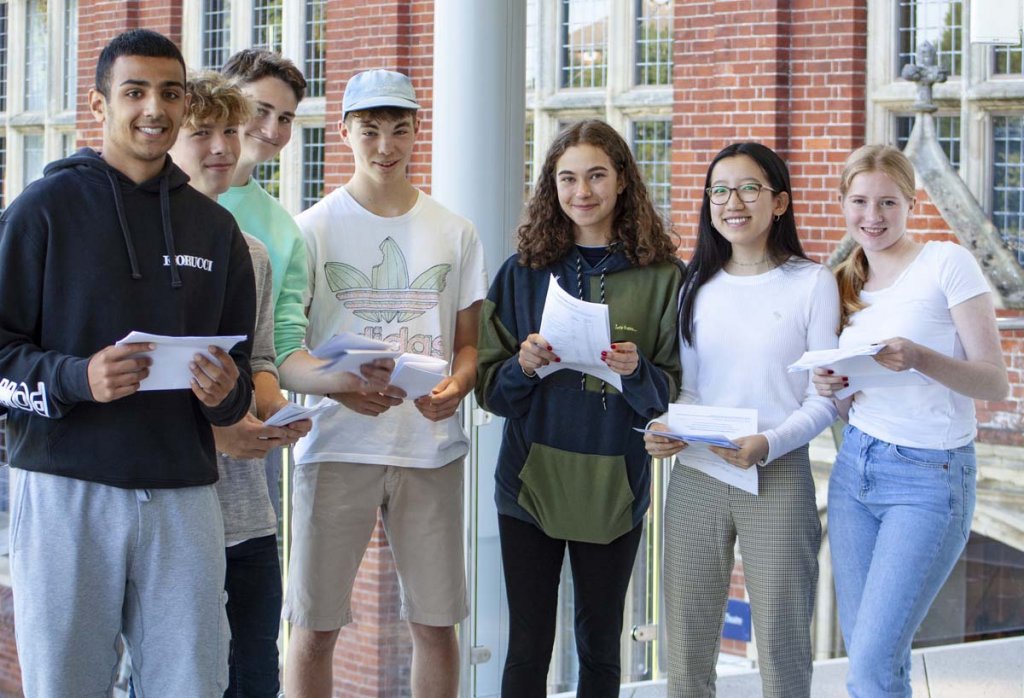