‘Team of the Year’ for Girls Tennis Team!

The girls tennis squad have won the ‘School Team of the Year’ award during the annual Tennis Sussex Awards. 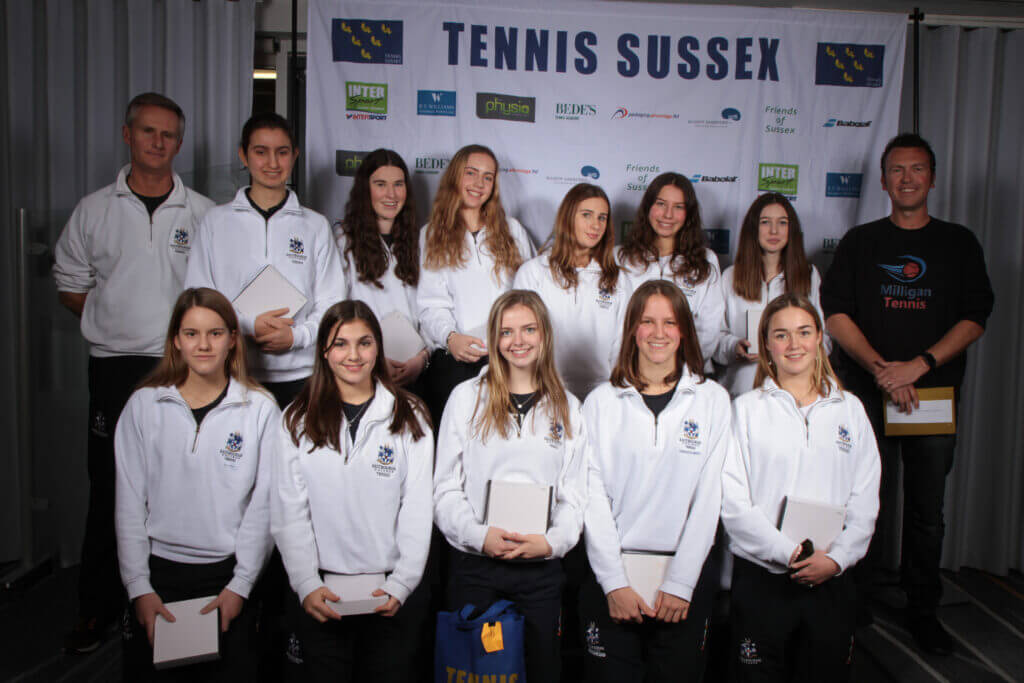 The Tennis Sussex Awards celebrate the achievements of tennis in Sussex and the College side were shortlisted for achievements including:

Are you the next top tennis player?

If so, Eastbourne College could be the school for you.

Eastbourne College runs a top squad for talented players who train daily and play regional and national level tournaments. These players aspire to gain tennis scholarships to US universities (two gained awards in 2019 and two in 2018).

The success of the programme means there is significant interest for pupils to join Eastbourne College to play tennis alongside their academic studies.

Players this year include Sussex and Kent county-level players, and pupils from as far as Liverpool and South Wales, plus Germany, Spain and China. Staff accompany players to tournaments in term and holidays as well as for school events.

Each year, in December, the team spend a week training at the Tenerife Tennis Academy. This is a great opportunity to train while the weather back home is less than ideal. When they aren’t soaking up the sun in Tenerife, squad members can train on the outdoor hard courts, astro courts, the indoor court in the College’s large sports hall, and have regular access to the nearby David Lloyd Club.

Working on sport-related fitness is a regular part of any top sportsperson’s training regime and tennis players are no exception. The College’s fitness suite is state-of-the-art and the on-site strength and conditioning expert works with players to optimise their physical ability, while ensuring correct technique.

Linking with the international tennis scene

The College has increased its links with the Nature Valley International Tennis Championship at Devonshire Park, providing the following for the tournament week:

The College has also hosted the WTCA (Women’s Tennis Coaches Association) annual conference in the summer and the finals of the Road to Eastbourne Schools Competition.

Former Davis Cup professional, Luke Milligan, is the Head Tennis Pro, and the College enjoys close links with Devonshire Park LTC, situated over the road from the school; this link facilitates opportunities to train on the international-standard grass courts.