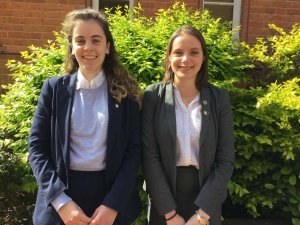 Two English A-level pupils have been announced as winners of the 2019 Peterhouse College Thomas Campion Essay Competition. This commendation places them in the top ten of over 200 entries. Peterhouse College has praised the girls’ academic tenacity citing their ‘clarity of argument, stylish prose, level of research and originality of thought’. Their essays ran to 4,000 words each and explored, respectively, the mathematics of the patterned language of poetry from Virgil through to Alice Oswald, and an exploration of the notion of time in literature, considered through works as ambitious as Faulkner’s As I Lay Dying and James Joyce’s Finnegans Wake. They will be invited to a prize-winners’ day at Peterhouse at the end of the month.