Eastbourne College 1st XI finished as runners up in the National Plate Competition when they lost 0-4 to Altrincham Grammar School in the final at the National Hockey Centre in London yesterday. The score flattered the opposition somewhat and doesn’t reflect the even nature of the contest for most of the game. Altrincham whose team boasted five players who have or are in the National age group squads took the lead after 20 minutes with Eastbourne creating early chances but not converting. The score line at half time was 0-2. The second half saw Eastbourne push hard to get on the score sheet and with 10 minutes to go Eastbourne pushed players forward but Altrincham scored their third .  In a bid to apply pressure and get back into the game, Eastbourne took their goalkeeper off for an extra field player but Altrincham won and converted a penalty corner at the end to win the title 4-0. They were the better side on the day and deserved champions but Eastbourne should be very proud of the way they performed throughout the competition. 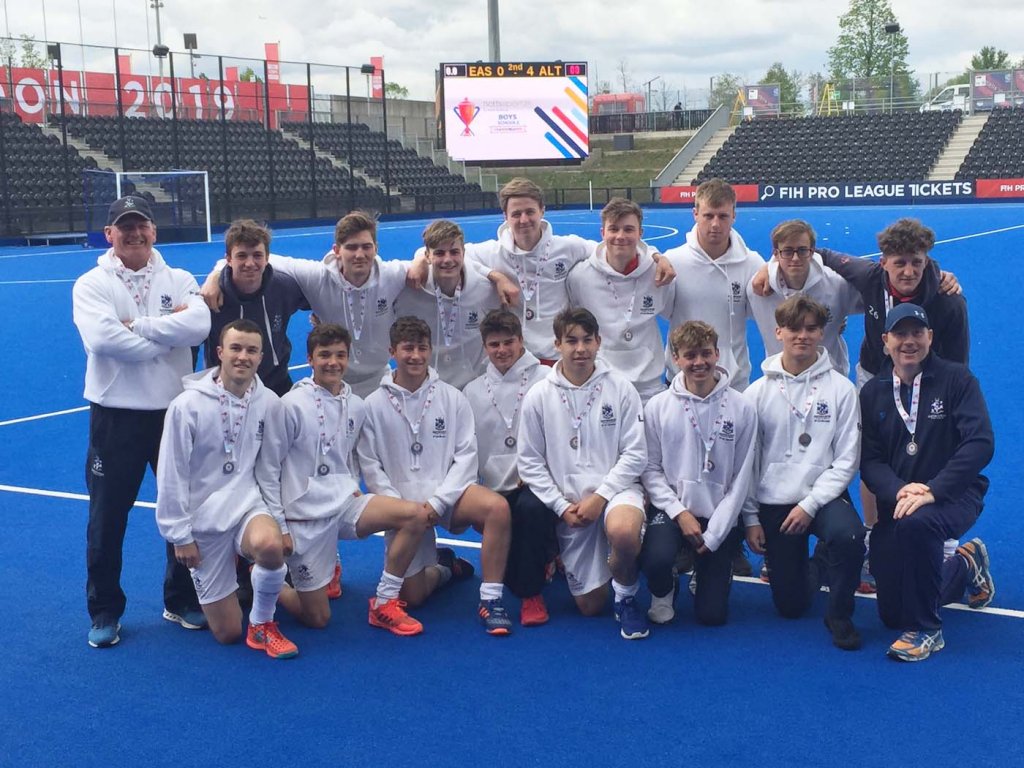