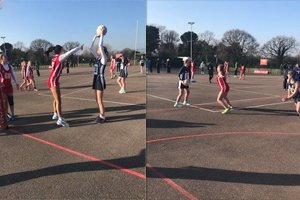 Well done to the Netball 1st VII squad who played brilliantly in the County Cup (SISNA) and came fourth out of 12 teams. The team won against Ardingly, Bede’s, Brighton and Hove HS, Christ’s Hospital, Lancing, Bede’s and Worth. It was a superb achievement considering some regular 1st team players were missing on such a long day of netball.