The Simon Green Cup is awarded for endeavour in games though consistent commitment, effort and perseverance over the last term. The summer term 2018 Simon Green Cup award was given to Upper Sixth pupil Alexander Mannhardt. This was presented at the Headmaster’s Assembly on the final Friday of the academic year.

‘This term’s recipient has been one of the most impressive athletes in his year and most notably this term, in athletics. He has consistently run under 11 seconds in the 100m and under 23 seconds in the 200m and he is unbeaten in the Sussex Diamond league in both the 100 and 200m. But he is not just about his performances: he has competed every week for the athletics team both home and away, helps the younger athletes with their technique and sprint starts and works hard in every games session. Combine this with his efforts in the rugby season, where he developed significantly and showed a fantastic attitude, he is someone who fully deserves to win this award at the end of his time at the College. He has played in over 190 fixtures for the College in his five years and has epitomised endeavour in that time.

It is with great pleasure that I ask Alex Mannhardt  to come forward to be this term’s winner of the Simon Green Cup for Endeavour.’ 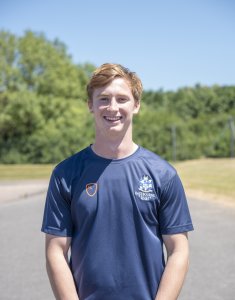