‘Women of the Future’ Award for former pupil 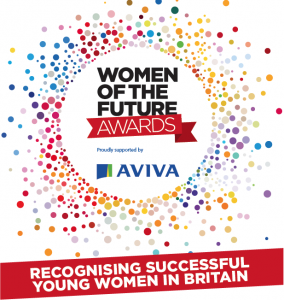 Former Eastbourne College pupil, Dr Siobhan Gardiner (Watt House 2003-2008), has won the ‘Commonwealth Award’ during the Women of the Future Awards 2019 in London.

Dr Siobhan is a Global Sustainable Technology Manager at Unilever and works on delivering sustainable solutions across the company, from smart agriculture to empowering people to make changes in their own communities.

She works with young adults, policy think-tanks, schools and NGOs, and has actively pushed for access to education as a means of challenging gender inequality.

Now in their fourteenth year, the annual awards, publicised in The Telegraph recently, honour the most talented female stars in Britain across numerous sectors, identifying and rewarding inspiring women in the following categories:

Judges are senior leaders with wide-ranging experience across industry and include Melanie Richards (Deputy Chair, KPMG); Nik Jhangiani (Senior Vice President and Chief Financial Officer, Coca Cola European Partners); and Baroness Gabrielle Bertin (House of Lords and Chair of Judging Panel). Founded by Pinky Lilani CBE DL in 2006, the awards also have The Countess of Wessex as its Global Ambassador and Cherie Blair CBE as its Awards patron.

After Eastbourne College, Dr Gardiner continued her educational journey, one that features a consistent theme of science and sustainability. A brief scan of her public LinkedIn profile reveals a plethora of meaningful STEM and policy-based collaborations (inspired? Click here for Dr Gardiner’s Unilever bio):

Commonwealth Award – women of the future 2019

At the award ceremony on 7 November, Dr Gardiner was awarded the special Commonwealth Award (one of only four ‘special awards’ offered) which was summed-up by the judges and later repeated by Telegraph reporters (original article here):

For the past six years, Siobhan has been actively involved in pushing technology transfer and policy regarding food security, access to education and addressing the challenges of gender inequality. This has included briefings on sustainable food production, debating science policy in parliament and driving international networks that bring together women and push for better access to education.

In the year that Eastbourne College celebrates 50 years of educating girls, this is wonderful news. The foresight of reforming headmaster Michael Birley, who launched the College as co-educational in 1968 (one of the first HMC member schools to do so), has been paying off ever since; more on the College’s 150-year history here.