A long history of continual improvement and success

The College was founded as a result of the generosity of some local residents and the project was supported by the seventh Duke of Devonshire too. Since then many other benefactors have contributed to its growth. Over the past 150 years, there has been continual investment in the school. From its formation in the 19th century to the present day, new buildings, new ideas and new technology have helped ensure that every generation of Eastbournians receive the best possible education.

Further details about the College’s history are available here and a timeline of significant events is on display below.

As one of the final events to celebrate the College’s 150th anniversary, a unique event took place on College Field using the very latest laser video animation in the form of a 3D laser light show last autumn.

A projection mapping show brought 21st century technology to the College on the evening of Friday 2 and Saturday 3 November 2018. A spectacular video mapping show, using the iconic setting of the Memorial Block and masterminded by LM Productions, entertained the school and wider community. The free show was preceded by rock, pop and musical highlights live from the pavilion balcony as well as an outdoor screening of ‘the making of the project’ film.

For those who missed the spectacular fireworks in February 2017 Watch our 150th anniversary fireworks celebrations.

1867
"The founding of Eastbourne College was in 1867. An Object and Plan of the school was 'to open a school here owing to the remarkable healthiness of Eastbourne'."
1871
The opening of the first new building (School House) on the current site and by 1890, the Chapel, additional classrooms, a gymnasium, fives courts and a library had all been added.

1930
The completion of the iconic Memorial Building that was built in memory of the boys who gave their lives in the First World War.
1945
The return to Eastbourne following the evacuation to Radley College, Oxfordshire, during the Second World War was masterminded by the Headmaster John Nugee. He is sometimes known as the second founder of the College, for not only did he ensure our survival through the war years but before he retired in 1956, numbers had risen to over 400.
1966
HM The Queen and Prince Philip visited as part of celebrations of College’s 100th anniversary and in the following year, former Prime Minister the Rt Hon Harold Macmillan presented the prizes on the Centenary Speech Day.
1968
Under the reforming Head Michael Birley, the first girls were admitted when the sixth form became co-educational, so becoming one of the first HMC schools to do so.
1981
In the early hours of 19 November, the Big School fire broke out. Thanks to the generosity of the Old Eastbournian Association and other kind donors, it was remodelled as College Theatre and opened in 1984.
1995
The College goes fully co-educational with Year 9 girls joining Watt House.

2002
The stunning purpose-built Science Centre was opened with dedicated floors for all three sciences - biology, chemistry and physics.
2010
The amalgamation of the charities of Eastbourne College and St Andrew's Prep took place to form one charity - Eastbourne College Charity.
2011
The Birley Centre, a music, drama and arts centre, opened its doors. It includes a magnificent auditorium, a recording studio, music practice rooms and other teaching spaces and a superb foyer.
2018
The completion of Project 150 (the Nugee and Winn buildings) coincides with the 150th anniversary celebrations: a testament to all that has been achieved since the College's founding in 1867; a commitment to its future success.
2019
Great Britain's most decorated female Olympian, Dame Katherine Grainger MBE CBE DBE, officially opens the Project 150 development. The current chair of UK Sport toured the facilities speaking with pupils and staff, and delivered an inspiring address to the whole school in College Theatre (also televised via livestream technology to pupils at St Andrew's Prep). 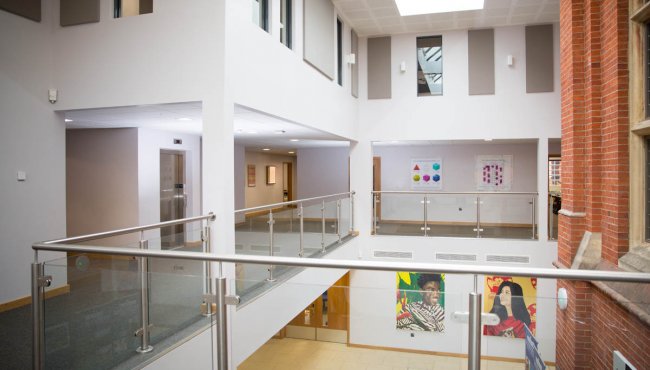 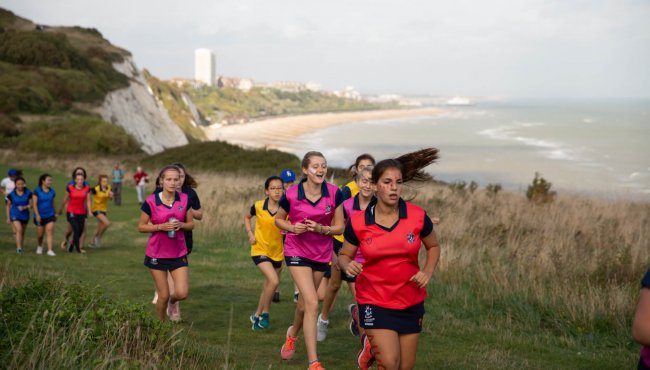