Advantage Eastbourne as the College’s year-round tennis programme continues to serve up success, smashing expectations and raising the bar for school-based tennis initiatives.

For tennis players the world over, the pandemic has been like the persistent pitter patter of rain at Wimbledon, a constant source of familiar disappointment. But when the metaphorical umpire utters the dreaded words, ‘Ladies and gentlemen, play is suspended’, one teacher at Eastbourne College replies, ‘not on your life!’

With his team of former professional players turned coaches and the tenacity of a tardigrade, Head of Tennis Simon Gent has transformed what the Chinese might have referred to as ‘the year of the flop’ into ‘the year of the tennis ace.’

Note: University placement is not the goal for everyone and some players go into full time coaching roles at local tennis clubs. Ellie Dasent is one such player and has taken up a coaching role at Southdown LTC, Lewes.

pupils with a tennis scholarship 2018-21

Click/tap to expand the images to full size. 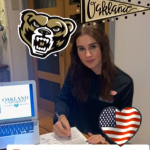 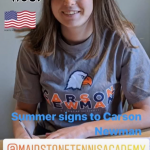 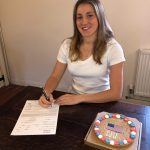 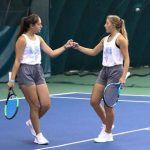 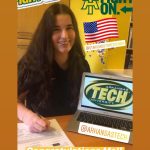 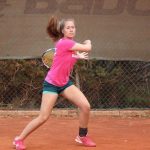 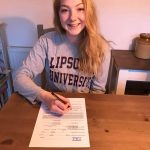 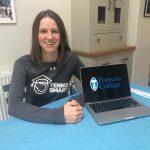 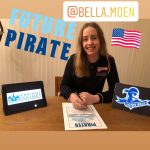 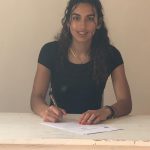 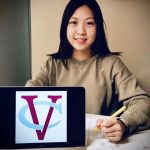 Tennis coaching at the College pivots on the following:

– wide participation in tennis and keeping pupils in the game as they get older; full, co-educational approach

– mentoring and coaching of younger players by older players

– ambition of the year-round elite programme, aiming to compete and be one of the best school teams in the country

– linking with other influential tennis organisation such as Performance Ethnic Tennis and Stars and Stripes Tennis Recruitment, to further our efforts to diversify, and offer valid pathways to US university scholarship

– linking with the Eastbourne International Tennis Championship to provide facilities for professionals and officials, and grow our contribution to ball crew and LTA Press Office internship programmes

This approach has brought consistent success for the College which has recently been awarded The Education Award at the 2020-21 LTA Tennis Sussex Awards. The award builds on the previous year when the tennis squad won the Team of the Year Award. The 2021 award now places the College tennis programme as a contender for the national LTA awards.

Are you the next top tennis player?

If so, Eastbourne College could be the school for you.

Eastbourne College runs a top squad for talented players who train daily and play regional and national level tournaments. These players aspire to gain tennis scholarships to US and UK universities.

The success of the programme means there is significant interest for pupils to join Eastbourne College to play tennis alongside their academic studies.

Players this year include Sussex and Kent county-level players, and pupils from as far as Liverpool and South Wales, plus Germany, Spain and China. Staff accompany players to tournaments in term and holidays as well as for school events.

Each year, in December, the team spend a week training at the Tenerife Tennis Academy. This is a great opportunity to train while the weather back home is less than ideal. When they aren’t soaking up the sun in Tenerife, squad members can train on the outdoor hard courts, astro courts, the indoor court in the College’s large sports hall, and have regular access to the nearby David Lloyd Club.

Working on sport-related fitness is a regular part of any top sportsperson’s training regime and tennis players are no exception. The College’s fitness suite is state-of-the-art and the on-site strength and conditioning expert works with players to optimise their physical ability, while ensuring correct technique.

Linking with the international tennis scene

The College has increased its links with the Nature Valley International Tennis Championship at Devonshire Park, providing the following for the tournament week:

The College has also hosted the WTCA (Women’s Tennis Coaches Association) annual conference in the summer and the finals of the Road to Eastbourne Schools Competition.

get to know The coaches